To share your memory on the wall of Lowell Jones, sign in using one of the following options:

Provide comfort for the family of Lowell Jones with a meaningful gesture of sympathy.

Print
ROCKPORT – Lowell A. Jones, Sr., 81, died peacefully, Wednesday, February 5, 2020 at Maine Medical Center in Portland, with his loving family at his side.

On April 23, 1938 Lowell was born on Beech Hill in Rockport where he lived for ... Read More
ROCKPORT – Lowell A. Jones, Sr., 81, died peacefully, Wednesday, February 5, 2020 at Maine Medical Center in Portland, with his loving family at his side.

On April 23, 1938 Lowell was born on Beech Hill in Rockport where he lived for most of his life. He was the youngest of five children born to Oramon Bernard (O.B.) Jones and Marion Jones. Along with his lifelong friends and classmates, Granville Ames and Carlton Farley, Lowell was a 1956 graduate of Rockport High School.

Following high school, Lowell enlisted in the US Navy. It was here that Lowell would begin his lifelong career as a barber after cutting the Admiral’s hair. Although not the official Navy Barber, he kept busy on his off time cutting hair for his fellow ship mates. Released to the reserves, Lowell returned home and attended Barber School in Lewiston, Maine.

Lowell married Jean Frye and together they had four children during 22 years of marriage. For the past 23 years, Lowell and Gerry Hanley, who grew up as neighbors on Beech Hill, have been companions. Between the two of them, they boast 10 children, and many grand and great-grandchildren.

An avid sportsman, Lowell loved the games of golf, baseball and bowling. In over 50 years he never missed a Tuesday league night at the local bowling alley. The comradery and friendships he formed there were lifelong. For more than 17 years he passed on his knowledge and love of baseball as a coach to local Little League and Babe Ruth teams. Even after his own children had left the league, he continued coaching. Lowell was very community-minded and spent many years on the planning/zoning board for the town of Rockport.

Another favorite pastime was spending time in the great outdoors. He loved being in nature, whether it was hunting, fishing, camping, gardening, or chopping wood. He enjoyed it all.

With a family background in the barbering trade, Lowell followed easily in his father’s and brother Allen’s footsteps. For over 55 years he operated Jones Barbershop with his brother and business partner, Roger in the center of the town of Camden. The brothers enjoyed each other’s company and kept things interesting and fun for their loyal customers and many friends. He will be sadly missed by all who loved him.

Predeceased by his brother Allen Jones and a sister-in-law, Joanne Jones, Lowell is survived by his companion Gerry Hanley of Rockport; his children, Barri Jones-Skalky and her husband David of Cortlandt Manor, NY; Lowell Jones, Jr. and his wife Susan of Union; Darren Jones and his wife Eileen of Acton, MA; Amy Denekamp and her husband Richard of Emerson, NJ; his brother Roger Jones of Rockport; his sisters, Marilyn Winchenbach and her husband Kenneth, also of Rockport, Carol Knapp and her husband Malcolm of Lynnfield, MA; his grandchildren, Jessica Jones and her companion Aaron Tibbetts, Amy Griswold and her husband Mike, Abigail Skrabak and her husband James, Ian, Keira, and McKenna Skalky, Jacob Denekamp, Declan Jones; his great-grandchildren, Lydia, Braydon, and Dorothy Griswold, Virginia Skrabak, Corrine Jones-Tibbetts; Gerry’s children, Richard, James, Wesley, William, and Kenneth Hooper, and Christie Keizer; several grandchildren on Gerry’s side of the family; as well as many nieces, nephews, and too many customers and friends to count.

In lieu of flowers, donations in his name may be made Beech Hill Preserve (Coastal Mountains Land Trust), 101 Mount Battie Street, Camden, ME 04843.
Read Less

We encourage you to share your most beloved memories of Lowell here, so that the family and other loved ones can always see it. You can upload cherished photographs, or share your favorite stories, and can even comment on those shared by others.

Posted Feb 14, 2020 at 05:31pm
To the Lowell Jones Sr. family. I was deeply saddened to hear of Lowell's passing. I have been a dedicated customer since returning to Maine 10 years ago. I have had many interesting conversations with Lowell and Roger in their barber shop. Lowell's father and brother Alan used to cut my hair back in the 80's when I would be home on leave from the military, and then to find Lowell and Roger to cut my hair was just about the best thing I could imagine. I offer my sincere condolences to the family, I will miss Lowell, I will cherish the many memories I have from the past 10 years of sitting in his chair.
Most Sincerely,

Posted Feb 11, 2020 at 12:00pm
We will love and miss you forever, Dad. God has blessed us with an outpouring of love & warm memories from your friends, patrons & adoring family. 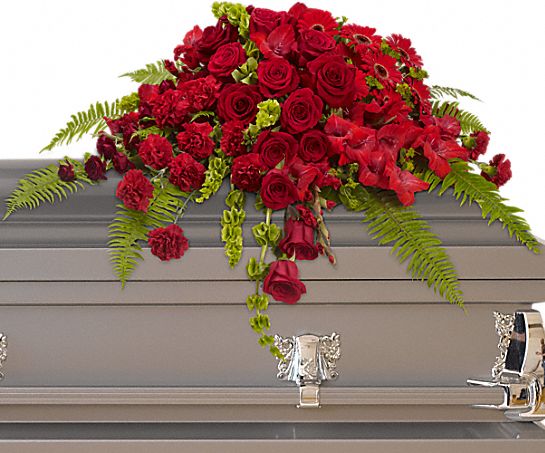 Barri, Bud, Darren & Amy together with our familie

Posted Feb 11, 2020 at 11:38am
Our Dad, Grandfather, and Great-grandfather, Lowell Jones will remain in our hearts forever. He was loved and cherished in life & will be truly missed

Barri, Bud, Darren & Amy together with our familie purchased flowers and planted a memorial tree for the family of Lowell Jones. Send Flowers

Posted Feb 10, 2020 at 12:59pm
To the Lowell Jones Family,
I was saddened to learn of the death of Lowell but pleased to know that it was peaceful with his family by his side. I was a faithful customer of Lowell and Roger for more than 17 years. I truly enjoyed visiting their Republican stronghold where many interesting discussions regarding politic and sports took place. I enjoyed him cutting my firewood and visiting my late wife and me at our home on Speir Street in Rockport. My wife Barbara died in 2015 and I sold the Speir Street home in 2018. After her death, I never spent a day in that house. Being part of a family business, i have marveled how Lowell and Roger worked so well together for 55 years. I was sorry and unaware of the death of Roger's wife, Joanne.
I am sorry but I will not be able to attend Lowell's services as I am having cataract surgery . My thoughts and prayers will be with all of you.

Posted Feb 10, 2020 at 07:34am
Please accept our most heartfelt sympathies for your loss... Our thoughts are with you and your family during this difficult time.

Flowers were purchased for the family of Lowell Jones. Send Flowers